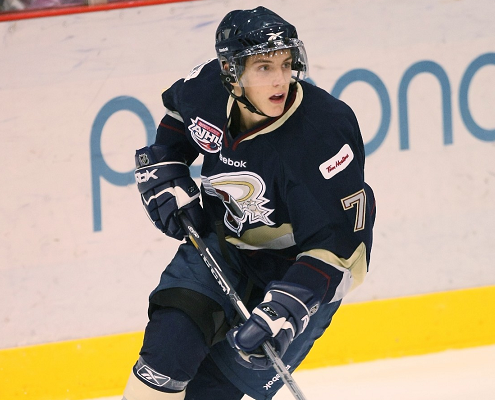 The arena is planned near the intersection of University Drive and Curtin Road, across from the Bryce Jordan Center. The site also is partially in State College.

McCormick Taylor, the State College engineering firm that conducted the traffic study, addressed concerns, saying that added traffic “will be small compared to the existing traffic.” The firm indicated other campus lots will accommodate parking.

As boring as that all sounds, it's one of those things you won't notice unless it's brutally executed and you're stuck in a line back to Burger King on University Ave. trying to get to a game. So here's to that never, ever happening.

Oh and that brewpub in a barn in Lemont? Tabled until the Happy Valley Brewing Company figures out a way to fit 84 parking spaces on the site. Booooooo....

If you couldn't tell by now, this is the time of year when people write "team x is excited for the season" articles. We hit the teams of Eamon McAdam and former commit Jessi Hilton last week, and just below, we have one on David Glen's Spruce Grove Saints. Now, here's the obligatory piece on Reed Linaker and his mates. Linaker, as you might expect of a guy who averaged 1.53 points per game last season when healthy, is mentioned as a key player. Brother Cole is expected to come in and make an impact as well.


Up front, the Big Three this year are going to play a vital role in providing leadership and mentorship to the first-year guys. The trio, David Glen, Nicholas Bourgeois and Tim Nolte know they're going to be the go-to guys, at least early on.

"They'll play a huge role," [head coach Jason McKee said]. "Tim and David have been around a while - we got Nicholas part way through last year - and they'll be relied on for a leadership role. We're excited to have them back and they'll be a huge part of continuing the culture here and passing it on to the new guys."

Speaking of leadership, Glen was announced as captain of the Saints this past week. The team is clearly aware that Penn State is a member of the Leaders Division, so naturally, it would be wise to name a PSU commit captain. That's what that means, right?

You may not realize it from all the time I spend on TYT, but I'm also a huge Penn State football fan. In fact, starting in late July every year through the start of the season, I make a point of plowing through every one of the football DVDs and, yes, VHSs I've accumulated over the years. Some highlight videos, some full-length games, all sweet blue and white goodness. Anyway, as part of this ritual, I stumbled on this exchange between JoePa, legendary broadcaster Fran Fisher and wide receiver Kip Vernaglia during the 1979 episode of Joe Paterno's TV Quarterbacks discussing the Syracuse game that season.

As background for those who don't read Breakout Past, the football team took over the original Ice Pavilion in 1978 and converted it into an indoor practice facility, forcing hockey into home games in Mechanicsburg and outdoor practices. It turned out that Vernaglia wasn't too happy with the new fieldhouse, particularly the amount of padding under the turf. It's also pretty obvious from Paterno's exasperated "don't get me involved" that he was sick of hearing it from the hockey team and didn't want to add fuel to the fire by joining in on the complaints or by agreeing with Fisher's (joking...I think) suggestion to do some fundraising for extra padding. That would be akin to whining to a homeless guy that your garage door doesn't work, then asking him to buy you a new opener.

I'm already developing my favorites among PSU commits' junior teams this year, and the defending national champs are definitely very high on the list. 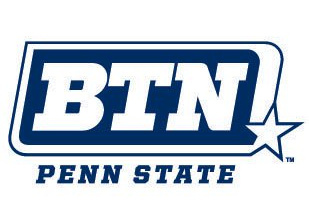 BTN still not available to all Penn State fans
(standardspeaker.com)

Please allow me to be self-indulgent for a moment and remind you all that many unfortunate people out there still don't get Big Ten Network. I'm one of them. If you're a fellow Armstrong subscriber, or even if you're not, jump on the Armstrong Cable Must Carry BTN Facebook group (after calling them to express your displeasure). It's linked on the right side of TYT because I run it and can do things like that. I can also give out free BTN stuff for not that much work on your part, since I have a box full of it in my guest bedroom. Just saying.


Curley pointed out that not only has the BTN benefited Penn State's football and basketball programs, but the so-called "minor" or "Olympic" sports and particularly women's sports have received far more media exposure than they would have without the network. Penn State's fledgling ice hockey program also will get a boost from the BTN, Curley added.

One thing I've never understood: basketball's an Olympic sport, is it not? In fact, I believe every sport anyone's ever heard of besides (American) football is, so what exactly is the point of that designation?

Princeton has filled out its coaching staff to replace the one now at PSU. And no, talking about it hasn't gotten old yet.

Most people assume that Ohio State will be the first program in Penn State's way during the inevitable climb to the top of the Big Ten. I'm not so sure that's the case. Observe Michigan State, a historically great program, but one that's been on a steady downward trajectory since winning the 2007 national championship. That hastened the retirement of Rick Comley, and the still-a-head-scratcher Tom Anastos hire followed. Now, well-regarded associate head coach Brian Renfrew has departed for what's at best (from MSU's standpoint) a lateral move pretty late in the offseason. At worst, it's a move up from a sinking program to a rising one.

Sure, it's possible that Anastos wants his own staff, and that Renfrew was told as much. Then again, Anastos was hired nearly five months ago.

Incidentally, Renfrew is connected to Guy Gadowsky through a stint assisting at Alaska in 2000-2001.

It's kind of cute that OU thinks they have a "championship run" in them. Go back to the kiddie table guys, grown-ups are trying to settle something.

In case you need to borrow $365,000, I have one idea where you can go. Oh, it doesn't work like that? Regardless, congratulations to the Brandwenes on unloading their house in Connecticut.

If it's me though, I hold on to it at all costs. You have any idea what the return of the Whalers will do for property values in the state?

On its face, I think this change - related to the record against common opponents component of the Pairwise (which is the objective tool used for NCAA tournament selection in hockey) - is a positive one. But I'll save final judgment until an RPI grad explains it to me. Or until PSU loses a comparison it would have won under the old system. Then it's on. RABBLE RABBLE!

Speaking of RPI, heads up on a new blog covering their conference. I'm an ECAC guy at heart and would call it my favorite conference if I wasn't bound by some unwritten rule of fanhood to plug the Big Ten, despite feeling ambiguous at best about five of its six teams. Meanwhile, if you asked me to list my ten favorite non-PSU NCAA programs, at least half of them would be in the ECAC (Cornell, RPI, Union, Brown, Princeton in case you care...I suppose UNO, Providence, Alaska, RIT and UAH would be the other half, although I could be forgetting someone).
Posted by Kyle Rossi at 1:06 PM