It's pretty exciting to have updates on the Icers again, as opposed to the standard summer fare of recruiting and conference realignment. Well, unless it's someone tweaking their MCL.

Cerutti's situation is complicated by the fact that he's probably a week away from taking the ice and two more away from contract - and tryouts are this week. What, exactly, does that mean? While Guy Gadowsky has said that everyone's starting from zero with him, I don't believe for a second that the plug will be pulled on the leading returning goal scorer because of an injury.

If you rely on Twitter for your news, you probably missed this one, since it came out right in the middle of last Tuesday's earthquake. Which is a shame, because this one deserved more spotlight based on P.J. Musico's commitment story alone.


“I got a call around 10:00 Pacific time [from Guy Gadowsky], so it was pretty late over on the east coast,” said Musico.

After speaking with the Penn State head man over the past few weeks, Gadowsky cut right to the chase on that particular night, leading to this exchange between the two.

“So do you want to do this?” asked Gadowsky.

“Do you want to play for Penn State?”

The netminder continued to speak with Gadowsky for a bit longer, and when they finished the call Musico was a bit taken aback.

“When I got off the phone I just looked at one of my friends and said to him, ‘I think I just committed.’” Musico joked. “Its almost like I blacked out because I was so excited.” 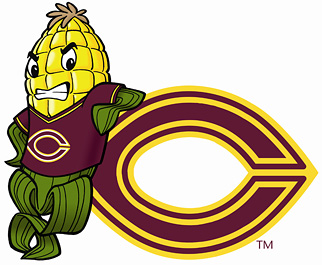 ...which is sort of a problem when you're trying to take advantage of the situation by playing Neumann University at Citizens Bank Park. Figure it out, guys.

The Dunkin Donuts Center, home to the AHL's Providence Bruins (but not the Providence College pucksters) is bidding for the 2014 season-opening Ice Breaker tournament, and...


[Rhode Island Convention Center chairman Jim] Bennett said that if the Ice Breaker is awarded to The Dunk, other schools under consideration besides host PC will be Boston University, Wisconsin, Notre Dame, Penn State and Michigan, where Bennett’s son, Mac, will be a sophomore defenseman this season.

Bennett went on to add that BU would definitely join PC as a participant, and as mentioned, he has a connection with Michigan. Notre Dame and Wisconsin wouldn't be in their third season as an NCAA program. So yeah, PSU might be a longshot for one of the last two spots, but here's hoping. I've said before that I think we'd be well-served by maintaining a strong eastern presence, and this is one way to do it.

In a summer review of PSU's coaching changes, Josh Brandwene got a few words.


Brandwene, a former Penn State Icer, was announced as the first head coach of the Penn State women’s ice hockey team on June 1. With strong ties to Penn State, Brandwene is ready to get to work building the program.

“This is just so the right fit for me in every way,” Brandwene said in June. “I’m thrilled to be here, I’m looking forward to the challenge."

One thing that's kind of nice about college hockey recruiting: unless you're ridiculously plugged in, you generally don't know about the ones you lose until after the fact. This would be one example of that. Canadian center (or centre to him) B.J. Salerno is Maine-bound in 2013 or 2014, spurning Penn State, along with North Dakota and Bowling Green.

The "leftover" CCHA and WCHA schools met for a second time this week, and in short order the remaining CCHA schools (other than Notre Dame, which is a "remaining CCHA school" in name only) were invited to join the WCHA. Alaska, Lake Superior State and Ferris State have already accepted, while Bowling Green and Western Michigan are keeping their options open for the time being.

I'll save the full editorial for some other time, but I think it's now pretty fair to call the conference shakeup a horrible development if you're a small school, in spite of all the tired rhetoric from those external to the problem (particularly in the Big Ten and NCHC). Their drumbeat of "there will be more NCAA bids for small schools" kind of blew up on them with this news, so now they're latching on to things like "the Upper Peninsula schools are back together." Please. Anyone familiar with college football and basketball can see what's coming. Hockey's been (mostly) immune to it without big television money, but with the entry of Big Ten Network, NBC Sports, etc. class stratification is coming. This season, there will be 45 programs that can call themselves "major conference." In 2013, that number will be between 35 and 37. And the gaps within that 35-37 will be larger as well.

Notre Dame will choose between the NCHC and Hockey East at some point hopefully soon. BG's and WMU's directions depend largely on the Irish. UAH...well, let's not talk about that.

Quick bonus link. In an interview, Bowling Green AD Greg Christopher and coach Chris Bergeron had some pointed comments related to how this whole situation played out.


"I think history will tell us if there has been any damage. Some people [in the sport] have been great and have been above-board, and other have been a little disingenuous, and that's as far as I will go with that."

NCHC headquarters to be housed in Colorado Springs
(fightingsioux.com)

Stunningly, it's not in Grand Forks, ND. 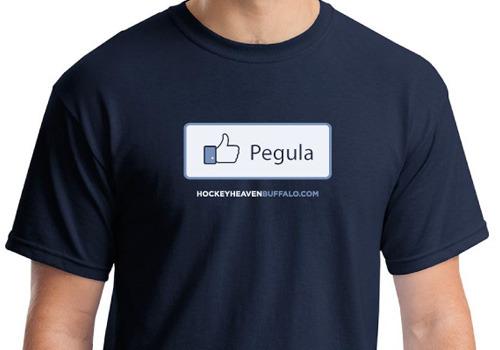 Sabres fans are crazy, in a good way. Has there ever been a t-shirt honoring a sports franchise owner (strictly in an ownership role...Mario Lemieux the player doesn't count)? Well, Buffalo can give you about 100 of them, including this one, which also conveniently matches PSU's color scheme.
Posted by Kyle Rossi at 9:06 AM