Can I get an upgrade? 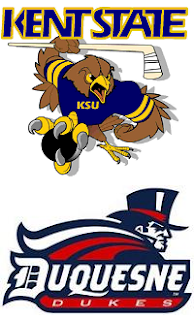 The Icers announced late Monday night that the home-and-home series against Lebanon Valley College, scheduled for February 17th and 18th, 2012, has been cancelled. In its place are two new home games, one against Duquesne on the 17th and the other against Kent State a week later on the 24th (that following weekend had previously been tagged as "TBD" on the Icers website).
While the idea of a possible trip to Hersheypark Arena was exciting, it's probably just as well that the rapidly-becoming-unglued LVC program was jettisoned. Some background on the Dutchmen: they made the NCAA Division III tournament in 2001, but dropped to non-varsity status following back-to-back winless seasons from 2008-2010. In their first ACHA Division 1 season last year, LVC went 21-6-0 - although their schedule included a healthy dose of D2 schools and not a single team that played in the D1 national tournament last year. The Dutchmen are also working on their fourth coach in roughly a year and a half, a sure sign of turmoil within an organization. Don Parsons was hired last month, replacing Tony Horacek (who resigned in April), who himself replaced Brandon Herr, who filled in following the January 2010 resignation of Ted Russell.
So it's probably a fair statement that the two new opponents represent a slightly stiffer challenge. The Dukes and Golden Flashes have a combined eight appearances at the ACHA National Tournament since 2005, although neither made it to Delaware last season.

Still, it seems like there was an opportunity lost in this transaction, namely a shot at a pair of NCAA Division I games. While most programs are pretty well locked as far as dates and the game limit at this juncture (and certainly not willing to drastically shake things up to play what's still an ACHA program), there is one notable exception. Yep, I'm talking about Alabama-Huntsville, DI's only independent. Not only are the Chargers under 34 games, but they have the February 17th-18th weekend off. I'm willing to wager that cash-strapped UAH would turn down two home games at about the same time TYT turns down inclusion in Black Shoe Diaries' Success with Hyperlinking.
From a Penn State perspective, yes, it involves a lengthy road trip during a time of year when the plan wasn't to go any further than Hershey. But at the same time, it's a ready-made opportunity to beef up a schedule that's drawn heavy criticism (as unjustified as it may be) and to dip our toes into DI just before making it official. Giving a helping hand to college hockey's cause celebre would also win back some goodwill from those who blame PSU for evils in the world ranging from the National Collegiate Hockey Conference to the U.S.'s AA+ credit rating.

To be fair, I'm not privy to any of the talks that may have taken place, and I'm sure there's a roadblock I haven't considered.

In any case, the LVC for Duquesne and Kent State swap becomes the latest in a string of changes since the initial schedule was announced in early April. The Neumann game on November 4th was moved to January 4th, possibly so that it can be played on the Winter Classic ice at Citizens Bank Park. The first half of the Oklahoma trip, January 4th at Central Oklahoma and January 5th at Oklahoma, was cancelled to accommodate the Neumann game. More recently, the November 10th game at West Chester and December 16th home game against Niagara were wiped off the schedule with no replacement games likely.

Here's the full schedule, as it now stands.