Who are we doing this Versus? 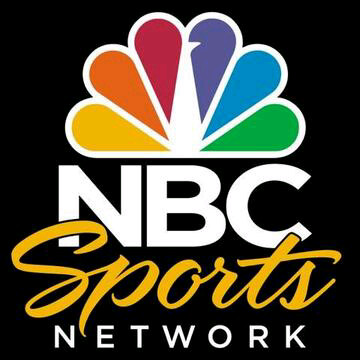 College hockey will never be broadcast on Versus.

That doesn't exactly mean what you think. I'll put it to Michael McCarthy of USA Today to explain.


So much for the Versus name in TV sports.

Comcast's NBC Sports Group will announce Monday that it's jettisoning the Versus moniker and changing the name of the cable channel to NBC Sports Network. The makeover, including a new peacock logo, takes effect Jan. 2.

"This is more than just a name change for Versus," NBC Sports Group boss Mark Lazarus said in a statement. "It's a complete repositioning of the brand."

The national sports channel did a nice job on the NHL. But some hockey viewers complain, rightly or wrongly, they have trouble finding it on their cable box. Plus, Versus never developed into the legitimate, national rival to ESPN that many sports viewers had hoped.

The move was expected. Versus no longer has its own website.

Sports fans are far more familiar with NBC Sports, which televises everything from Super Bowls to Olympics. The move also allows NBC/Comcast (which recently beat back competing bids from ESPN and Fox Sports to retain Olympic rights through 2020) to put almost all of its Olympic coverage under the peacock logo.

The channel, originally launched as Outdoor Life Network in 1995, changed its name to Versus in 2006 in an effort to push into the mainstream sports marketplace. This latest name change, of course, may come with some added programming towards that end. In addition to the Olympics and the NHL, the channel to be known as NBC Sports may find itself in the college hockey business sooner, rather than later. Let's go back to what Ken Schott of the Schenectady Daily Gazette reported on July 22nd.


There could be a national college hockey package coming to Versus this season.

Numerous sources have indicated that Versus is discussing the possibility of televising regular-season college hockey games, beginning in January. What conferences would be involved, or what night the games would be shown (either Friday or Saturday) is unclear right now. Versus, part of the NBC Sports Group, is the cable home of the NHL. A few months ago, the NBC Sports Group signed a 10-year deal to keep the NHL on NBC and Versus.

I've speculated all along that Versus/NBC Sports will get into bed with whichever conference Notre Dame ultimately calls home, and I still believe that to be the case. But it seems as if the possibility at least exists for a deal that is national in scope - obviously a boon for the Big Ten and Penn State if an occasional game of the week appearance on what will be NBC Sports supplements the slate of games on Big Ten Network. And of course, a national deal means that neither the NCHC nor Hockey East gets the entirety of the revenue pie, which would help cement the Big Ten's spot at the top of the conference food chain.

However it ultimately plays out, it's an exciting development as college hockey starts to hopefully move past the stage where you need $7 and a B2 link to watch a game.
Posted by Kyle Rossi at 11:35 AM