Ahead of an "expected June" seat selection process for those who have placed a season ticket deposit for the inaugural men's season at the Pegula Ice Arena, and 181 days before its opening game, a "virtual venue" to help find an ideal location in college hockey's newest jewel is now online. And yes, because it's the offseason (for Penn State), I'm going to squeeze a post out of it.

The best way to fully appreciate this development is to dig in and play around with it (click on the words "is now online" above to do so), but in the interest of presenting a quick overview, there are five available views of the main seating bowl. Here's one: 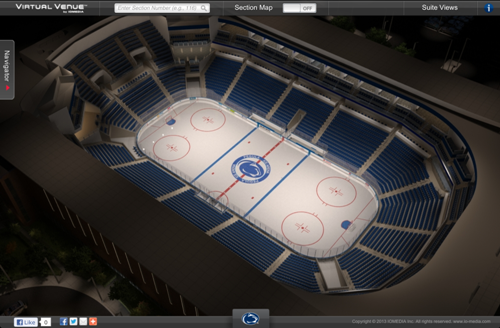 Any of the five views can be overlaid with a seating chart: 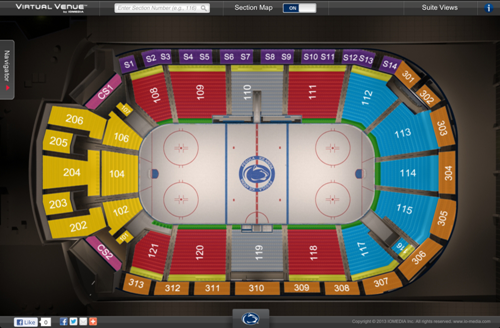 It doesn't appear as if prices aren't loaded into the virtual venue yet, but never fear, a previously-released ticket brochure has you covered: 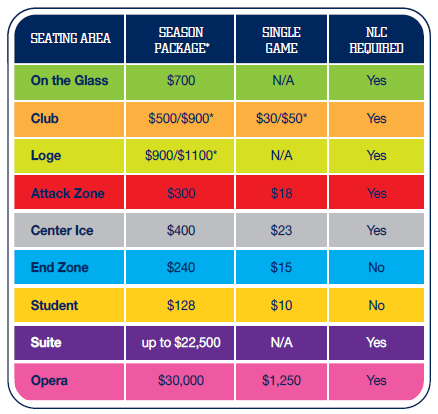 Women's tickets, incidentally, will be general admission anywhere within the main bowl for a flat $5 per game or $50 for the season.

Clicking on a seating area - or on center ice and either of the goals (thanks for the tip, anonymous commenter) - gives a view from there. Here's what the ice will look like from down low in the student section: 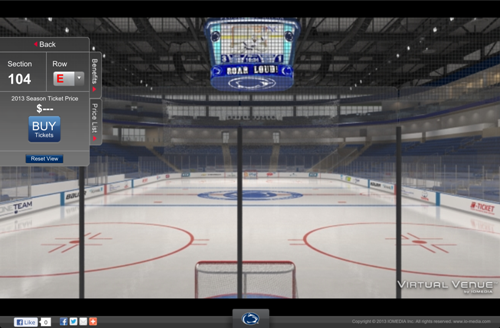 Views can be rotated 360 degrees, which is a nice way to get a sense of how the arena will be laid out: 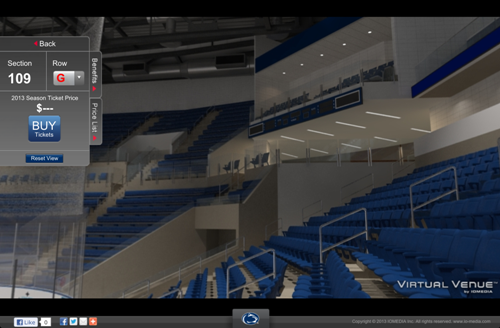 I'm probably going to go in on these seats, so hands off if you have more Nittany Lion Club points than me: 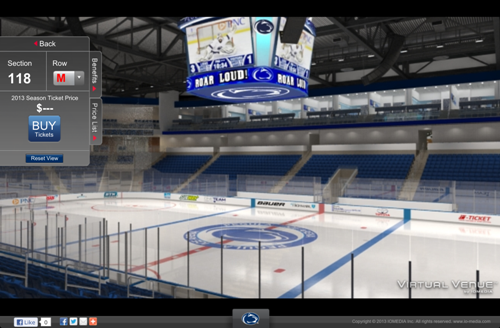