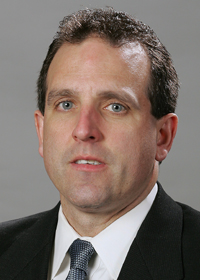 With the new wave of names I suddenly had at my disposal for this series as of last week, I decided to approach things this way: get the people with Ohio State ties over with as quickly as possible, then take about six showers. On that note, I present current Cornell and former OSU assistant Casey Jones. Let's hope Chandler Bing there is a better coach than photograph subject. 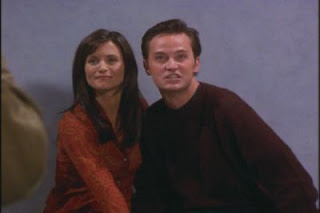 During his initial time at Cornell, Jones recruited many of the players who would ultimately capture the 1995-96 and 1996-97 ECAC Hockey Championships, the first two seasons of Mike Schafer's coaching tenure at Cornell.

Recruiting. Despite my (completely valid, you know you've seen that one before) crack just above, it's a recurring theme with Jones almost anywhere you look for information. And he didn't need the rationalization in his next stop, two years of 43-19-9 as a Clarkson assistant from 1993-1995, including the 1995 ECAC regular season championship and an NCAA tournament berth.
From there, it's on to Ohio State with new head coach John Markell, where Jones finally decided to buy instead of rent, staying for 13 years. With the Buckeyes, he served as recruiting coordinator, in addition to his defense and special teams responsibilities. Let's not lose sight of the fact that he's still only five years out of college at this point. I spent my first five years out of college dropping out of law school, then working in retail and as a telemarketer before finally getting it together. Lesson for soon-to-be college graduates reading this: stay the hell away from Cleveland.
Like I said about Notre Dame not too long ago, those only familiar with college football and basketball probably don't realize that OSU isn't one of the major players in college hockey history. So it was a little bit of a stunner when, in Jones' third season in Columbus, the Buckeyes went from 12-25-2 to 27-13-2 and their first-ever NCAA tournament appearance in 1998. They even added to the surprise by cashing in with a Frozen Four trip. The follow-up was another appearance the next season, then after retooling, three more from 2003-2005. The 2004 bid came courtesy of winning the CCHA tournament.

I don't mean to brush past 13 seasons of team accomplishments in one paragraph, but I want to give Jones' run as recruiting coordinator its due. Look at what was passing through the program in those years. 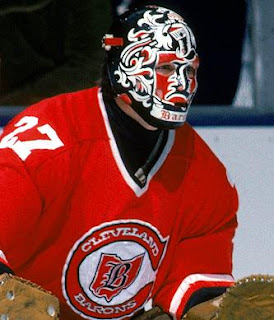 Okay, now for the lumber:
Ohio State started to slide backwards after the 2005 NCAA appearance, and perhaps sensing Markell's end was near (it was, despite a brief resurgence), Jones went back to Cornell in 2008. Still, OSU thought enough of Jones to give him serious consideration for the head coaching job once Markell was fired after last season. Adam Wodon of College Hockey News gave Jones a pretty strong endorsement around that time:


Jones, a Cornell alumnus, left Clarkson to join Markell's staff as an assistant in the mid-'90s. Jones is largely credited with being the main Xs and Os guy there, as well as a great recruiter. The talent level OSU brought in clearly skyrocketed in his time, and he helped Ohio State to five NCAA appearances in his time there, and left the program in good hands when he left two seasons ago. The talent he left them with won 23 games and made the NCAAs last season, but this season, the team's play tailed off dramatically, finishing with 12 regular-season wins until its three playoff victories.

Ultimately, the job went to Mark Osiecki, and Jones is still at Cornell, where he and head coach Mike Schafer have done pretty good work, including the 2010 ECAC tournament championship, and NCAA tournament appearances in 2009 and 2010. But as Wodon points out in praising Jones, he's not just sitting around waiting for Schafer to leave town - he will jump at the chance to be a head coach at a major program. Even a new one.


Casey Jones told me that he would apply for the PSU job if it ever went varsity. He also laughed and said that PSU would incur a "beatdown".

The other half of the story, of course, is Penn State's interest level, which might be there as well. We'll know for sure soon enough.
Posted by Kyle Rossi at 12:25 AM