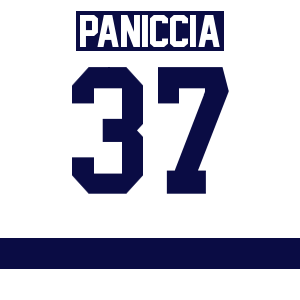 It's impossible to overstate Nicole Paniccia's significance to last season's Nittany Lions. The transfer from Connecticut repeatedly kept the first-year NCAA Division I program competitive in games with lopsided shot counts - in fact, only Lindenwood's Nicole Hensley stopped more rubber across all of DI, while PSU averaged a -18.9 shot differential (-31.9 in CHA play). The team MVP as named by the coaching staff at the conclusion of the campaign, Paniccia's exploits included 59 saves against RIT in a 2-2 tie on October 26, 2012, the first home point and first conference point in the team's varsity history. It was just one of five games for Paniccia requiring 50 or more saves. As one of a small senior class of four (including only three with more than a season of NCAA experience), she will be leaned on heavily as a team leader and to help develop younger goalies Celine Whitlinger and Brooke Meyer. 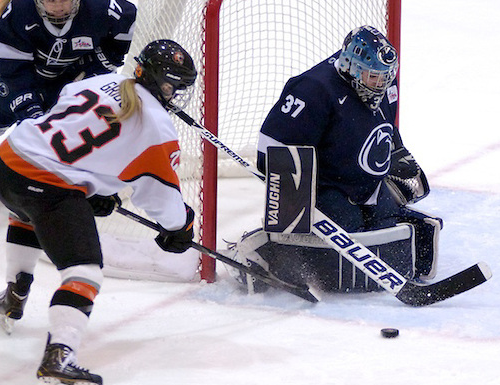