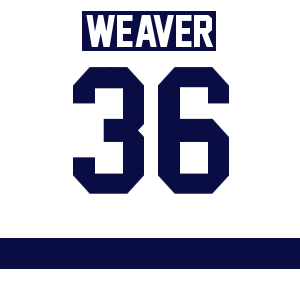 As a Lady Icer during her freshman year, Tess Weaver supplied Penn State's transitioning program with an early breakthrough: a goal with 16 seconds remaining in overtime against Sacred Heart to propel PSU to its first-ever win over an NCAA Division I team on January 14, 2012. Weaver finished as the team's leading scorer and offensive MVP of that final ACHA season, including a pair of five-point games (September 30, 2011 vs. Buffalo, January 28, 2012 vs. Liberty) to help the Lady Icers to the ECWHL regular season title. She was then able to move in to a more defensive role on the Nittany Lions last year with equally great success. Two of her three points, a goal and an assist, were registered in a 10-0 rout of NCAA DIII Chatham on January 4th, with the other assist coming in a November 3, 2012 win over SHU. Without a doubt, 2013-14 will see Weaver continue as an indispensable and undervalued part of Josh Brandwene's forward unit. 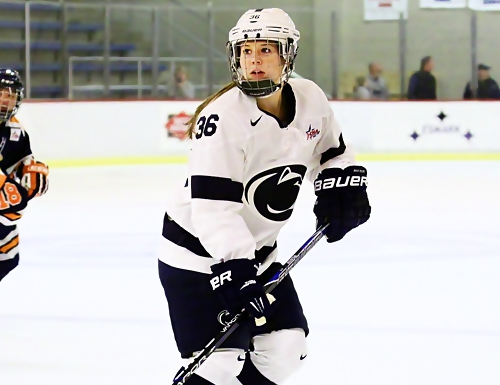