At the 2013 edition of Be A Part From The Start, an annual pep rally for incoming freshmen held in Rec Hall, Guy Gadowsky and the men's hockey team helped get the new students fired up to be Penn Staters.

That, in and of itself, isn't really news - the team frequently participates in spirit events. The news is what they were wearing Sunday night while shooting t-shirts into the crowd, as it appears that a handful of minor jersey modifications are in store for the inaugural season at Pegula Ice Arena. 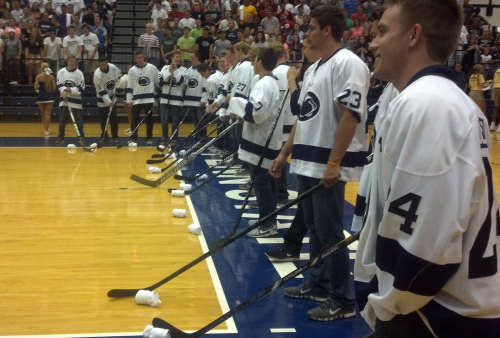 The differences are subtle from last year's threads, but they exist: 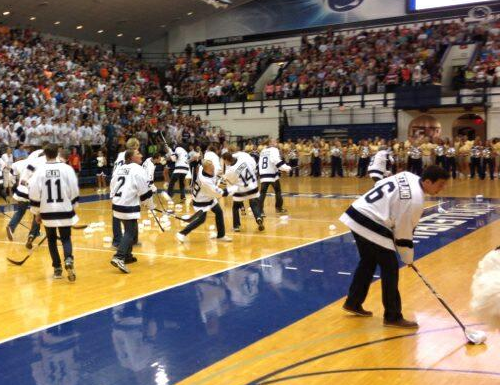 Yes, it is. Just for comparison, here's Max Gardiner modeling the 2012-2013 whites at the jersey unveiling event last September. 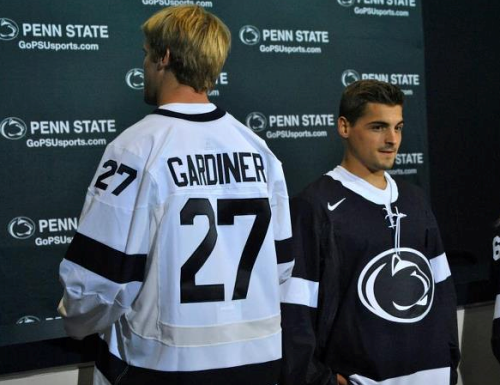 This season's jerseys, of course, will also feature a Big Ten logo on the chest and possibly some sort of patch to commemorate the opening of the long-awaited arena. The former is something that has already been applied to other Penn State athletic teams.

Presumably, the blues will mirror the font and sleeve changes, although there's no word yet on whether those will include names (probably the most frequent criticism of PSU's uniform is that the home whites have names on the back while the away jerseys do not) or whether the women's jerseys have also been altered to match.

Check back for updates should that information - or better pictures - become available.

I left the photo in its original state for obvious reasons, so click it to enlarge. 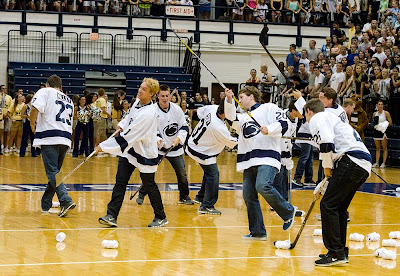 UPDATE 9/6, 1:40 P.M.: Since the original post, scraps of not-worth-an-update evidence have indicated that the women have received the identical new-ish look seen on the men. On Friday afternoon, that knowledge was both confirmed and enhanced by the women's team's Instagram account, as their blue jerseys have arrived. 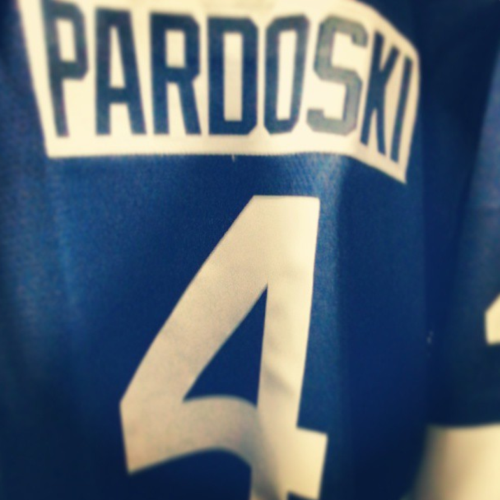 Nameplates! Yes! I dare anyone to come up with a way in which these are not perfect.
Posted by Kyle Rossi at 10:17 PM

Email ThisBlogThis!Share to TwitterShare to FacebookShare to Pinterest
Labels: jerseys