It wouldn't be Director of Hockey Ops Billy Downey's Twitter account if it wasn't dropping some nice insider photos on everyone with exciting regularity. Linked above: Pegula Ice Arena's RapidShot Training System (more or less exactly what you think it is - a way to practice shooting off the ice and with the aid of high-tech gadgetry), which was installed last week.

Another recent Downey tweet showed off the arena's scoreboard, which was lowered on Friday so that speakers could be installed.

Eamon McAdam (now that the incoming freshmen have all been formally introduced, I'm going to stop slapping "2013 recruit" in front of them) continues to be all systems go for the NHL Entry Draft in June. He's retained his number three ranking among draft-eligible goaltenders from ISS, and also penned a fourth blog entry for TPS in which he recaps the end of his junior career with the Waterloo Black Hawks while also looking ahead to his schedule over the next few weeks - the draft combine, tryouts for next year's World Junior Championships team and of course, the start of summer classes at Penn State.

I'd encourage everyone to read Andrew Dzurita's interview with Guy Gadowsky, but it's behind a pay wall. So... what to do?

I've seen people reference rules related to copy/pasting excerpts of pay articles that permit doing it on a limited basis, but am ignorant as to any commonly-accepted specifics concerning word counts, percentages or content. Also, I subscribed to Lions 247 for the sole purpose of reading this one article (and as someone who knows myself well, I probably won't cancel until I'm broke). So with those two things in mind, I don't think I'm committing some gross blogger ethical violation in sharing three of the 13 questions Dzurita asked. I'll even toss in a plug: I think Lions 247 is easily the best of the major-network un-free Penn State sites, so if you're going to pay for one, make it that one. Particularly since the others never have much of anything about hockey.

Of course, I didn't select the three questions at random, I picked those that involve Gadowsky saying things you may not have heard him say before (in other words, I deliberately skipped queries related to PSU's fan support, the Big Ten's toughness and whether last season met expectations). Is that crossing a line? Probably. Oh well.

Lions247: What's been the biggest challenge for you going out and recruiting?

Lions247: You're getting some quality recruits, but on the whole have kids you've talked to been skeptical of trying to build a program from the ground up?

Guy Gadowsky: Some recruits are really hungry to be a part of building something, and I understand that very well. I think our captain Tommy Olczyk had a really good idea of the big picture of the pride it takes to build this program. Then there are other recruits who have the mindset of wanting to go into a program who already has the tradition in place. We have to get the right person for sure.

Lions247: I know you can't speak specifically on non-conference opponents before all the contracts are signed, but in general what is your scheduling philosophy?

Guy Gadowsky: I think you never really know, to be honest. A school like U-Mass Lowell wasn't a team who consistently gets to the Frozen Four and last year they did. So I think it also depends on the year, but our goal is to play great Division I opponents. We're listening to everybody and trying to provide the best Division I experience.

Does that last answer all but confirm that PSU is playing Lowell this year? I'm pretty satisfied that there's a critical mass of smoke there, but feel free to make your own call - between this and the message board rumor, you know everything I do about it. 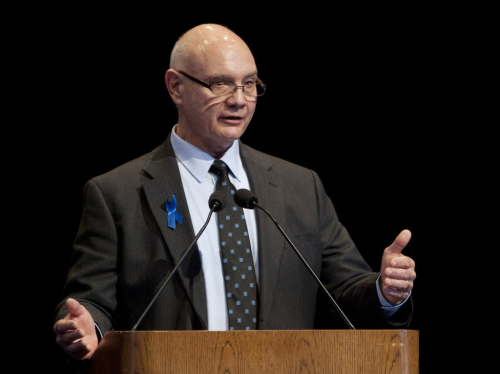 In case you're one of the two Penn Staters who hasn't heard yet, Sports Illustrated took a giant dump on Athletic Director Dave Joyner in their latest issue (on newsstands now!), so I'm probably not doing my fake, unpaid job if I don't link something about it. I picked BSD because I thought it did a good job of overview, discussing both the initial story and PSU's response, while also taking a much-appreciated neutral stance and refraining from the blind Joyner/Board of Trustees bashing or #OneTeam/move forward flag waving that dominates so many discussions in the Penn State community these days.

The story has nothing to do with hockey, just the guy in charge of hockey and the rest of the athletic department and his decisions related to medical coverage for football. And it will probably blow over shortly, if it hasn't already, because there's not any firm evidence of wrongdoing by the university. Just a lot of in-fighting.

This one goes a bit beyond the typical "update the masses on a Big Ten coaching staff addition" entry, because new Ohio State Associate Head Coach Brett Larson's previous job was as the head coach and general manager of the USHL's Sioux City Musketeers. While there, he tutored PSU goalie Matt Skoff and forward David Goodwin. As Larson started with the Muskies in 2011-2012, he just missed Tommy Olczyk (who was with the Icers that season), but I'll make an insane leap and guess that there's some familiarity there as well. Prior to the two USHL seasons, Larson assisted at Minnesota-Duluth for three, a stint that involved working with new OSU head coach Steve Rohlik. In case you needed the connection.

Had Penn State football not re-set the bar on "bad offseason" for all eternity not too long ago, Cal Vulcans hockey would have a credible case for it. If you read these posts, you already know about the massive pot bust of now-former players Jesse and Steven Powell on April 16th, which resulted in the entire program's suspension, subsequently lifted a couple weeks ago.

Now we have the tale of former Cal player Corey Briggs. Last week, Briggs reacted to the Flyers' Wayne Simmonds - who is black, if you didn't know - eliminating the Penguins' Evgeni Malkin in an online vote-based tournament to determine the player on the cover of the next video game in EA's NHL series by tweeting that "if that [f-ing] [racial slur beginning with "c"] is on the cover in [sic] selling my equipment." Then he was decidedly less than remorseful when called out as the racist idiot that he is. As things turned out, Briggs left school and the Vulcans' program in December, but given that...
...it still caused plenty of embarrassment for a program that was probably hoping to lay low for a while.

On a lighter note and elsewhere in the SB Nation network, here are Illinois' thoughts on the release of the Big Ten schedule a couple weeks ago.

And remember kids, no matter what a stripper tells you, there's no sex in The Champaign Room. 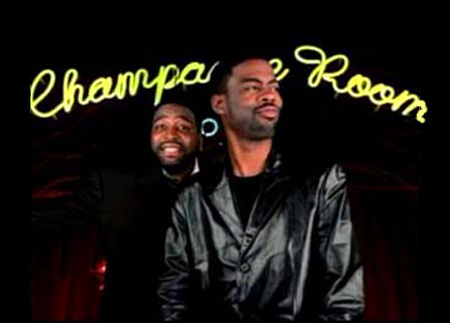 The wave of good press for the NAHL's Johnstown Tomahawks in the wake of their first season in central Pennsylvania is still going strong.

The Dallas Stars' firing of Glen Gulutzan last week severed (at least temporarily) one of the more prominent limbs of the Guy Gadowsky coaching tree. Gadowsky coached him with the defunct Fresno Falcons of the defunct WCHL in 1996-1997 and in 1998-1999 before moving into the college ranks with Alaska. It wasn't an insignificant pair of seasons for Gulutzan - in an interview after being hired by the Stars in 2011, he cited Gadowsky as one of his coaching influences.

I don't think I've done a thorough enough job discussing the utter clusterstorm that is Alaska-Anchorage hockey right now, so starting at the beginning...
Which brings us up to the news at hand: former Seawolves forward Mickey Spencer, corroborated by two anonymous former teammates, alleges that Shyiak went Mike Rice on forward Nick Haddad during a practice on January 11, 2011.


"He tomahawked, lumber-jacked -- whatever you want to call it -- him across the thigh on his (hockey) pants,'' Spencer said. "We knew this wasn't a small deal, it's kind of a big deal. I've seen a coach break a stick over a goalpost or the glass because he's pissed about something, but I've never seen one take out his anger on a player.''

Spencer also claims that Shyiak later instructed the team to keep quiet about the incident.

The coach, through his attorney, does not deny contacting Haddad with a stick but disputes the nature and force of it, saying he was simply trying to get the player's attention. Haddad, for his part, seems to fall somewhere between Shyiak and Spencer in his recollection, saying that the act crossed the line, but that he and Shyiak made up shortly after and he considered it a dead issue at that point. A criminal investigation has been opened, but the guess here is that it gets about as far as the internal investigation conducted at the time of the incident. I mean, the alleged victim thinks it's "ridiculous," so...

Kirchhevel, by the way, was a member of the Seawolves during 2010-2011. Wonder what he thinks or knows about it.
Posted by Kyle Rossi at 2:32 AM