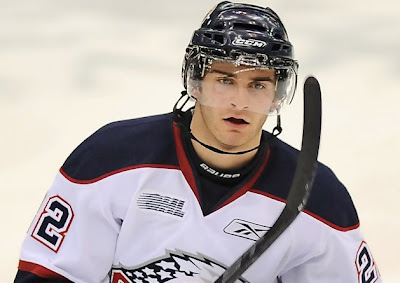 3. As Camp Season is About to Begin, Recalling Some of Coach Pappas' Greatest Lines
(StateCollege.com)

JoeBa's column takes third star this week for its entertaining look at former Icer and camp instructor Nick Pappas, a guy who certainly isn't slow on the comeback. He sprinkles in a few of his own PSU hockey camp memories as well, including a very important scientific study involving the microwavability of rubber.

Obviously this year's camps - beginning with the girls June 19-24 and continuing with the boys through most of July - take on a little extra importance in terms of recruiting, so it will be interesting to see if anything comes from it.

Marek Polidor's brother Mike, a fighter pilot in the air force, was recently given the Colonel James Jabara Award for Airmanship and the Distinguished Flying Cross. How does one go about receiving such accolades?


Polidor was flying an F-15E Strike Eagle jet fighter in Afghanistan in 2009. During a nearly eight-hour mission, he helped save 72 coalition soldiers who had been surrounded on all sides by 250 Taliban fighters.

“From the second we took off, the hairs on the back of my neck stood up and it was intense from the get-go,” Polidor said. “It went by so fast.”

During the mission, the former netminder dropped four bombs and strafed the enemy with gunfire. He refuelled three times in mid-air and performed a battle-damage check on his wingman’s jet. All of this in an area that hampered radio communications and harboured thunderstorms on the horizon.

Prior to being an American hero, Mike was a four-year goalie at the Air Force Academy from 2000-2004. Marek, AFA offer in hand, considered following in his footsteps before enrolling at Penn State instead.

The linked article is slightly different than the one that appeared in the June 2011 print version of the magazine, so be sure to read both.

1. Brandon Saad Is Focused On The Next Step
(HockeyBuzz.com)

Speaking of Icer siblings, another is preparing to be a first-round pick in the NHL Entry Draft on June 24th. Here's a nice piece that both fills in some biographical background while also dropping in a couple mentions of George and Penn State. While his stock slipped slightly from potential top-fiver to mid-first this past season, he's still rated as the top U.S.-born player in many corners, and hey, at least he'll go to a decent organization now.

Additionally, Saad was invited to the 2011 U.S National Junior Evaluation Camp in August, an early step in his attempt to make Team USA for the 2012 World Junior Championships after being one of the final cuts made on the 2011 team. 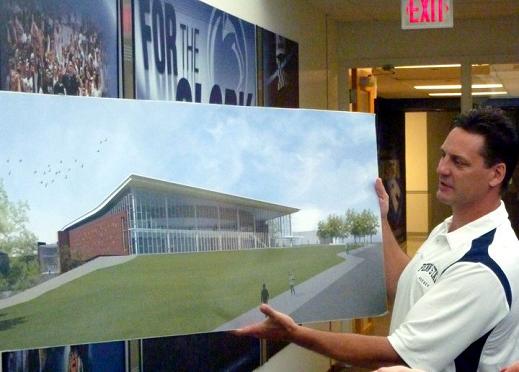 The grassroots movement to save WSU women's hockey is starting to gain some attention - first from Angela Ruggiero, now from USCHO. Here's the online petition mentioned in the article, and here's a Facebook group created to support the cause.

The Big Ten Tsunami Watch
(Without a Peer)

One of my favorite college hockey blogs (aligned with RPI in case you're doing some pre-click wondering) commences their own take on the imminent conference realignment mess we started. Also, if you're new to this, don't confuse RPI with RIT - they frown on that (sort of like we do when we're called "Penn").

Quebec forward Pietro Antonelli chose Maine over UMass, Princeton and Penn State. The presence of both PSU and Princeton in the second-to-last cut makes me think that Antonelli connected with Coach Gadowsky, but apparently not enough to override the two boarding school teammates of his also headed to Orono. 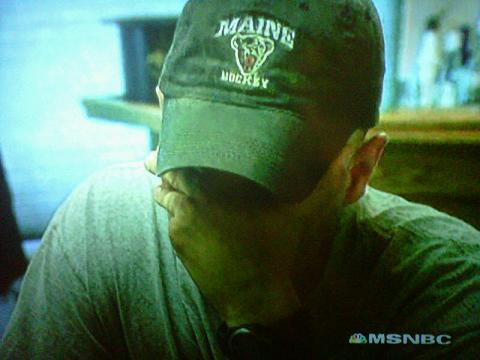