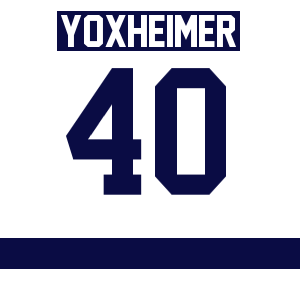 Lethal sniper Shannon Yoxheimer opens our countdown. The North American Hockey Academy product led the Nittany Lions in goals, assists, points and shots last season while generally skating on a line with Jess Desorcie and Taylor Gross and also being quite effective without the puck. Although her numbers were fantastic, it's a little bit harder to count the number of jaws Yoxheimer caused to drop by picking a corner from a shooting position that should have been a low-percentage attempt. Her exploits were impressive enough to receive plenty of attention outside of Hockey Valley, as Yoxheimer was a College Hockey America All-Rookie Team selection following nods as rookie of the month (November, 2012) and player of the week (October 22, 2012). This season, she'll be counted on to maintain her offensive production - while also continuing to scare defenses with the threat of lasering one home from just about anywhere past center. 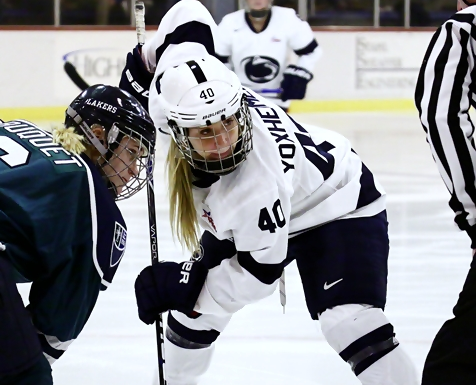