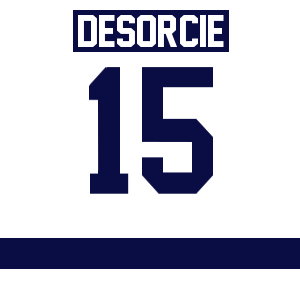 Quietly efficient center Jess Desorcie got less attention than her wingers - leading scorer Shannon Yoxheimer and captain Taylor Gross - on Penn State's top offensive line last season, but in many ways, she was the glue that held the unit together. For example: after the trio was assembled for the first time on October 26, 2012 against RIT, Yoxheimer, PSU's sniper in chief, scored nine goals over the remainder of the season. Six were set up by Desorcie. The transfer from NCAA Division III Connecticut College joined the Lady Icers midway through the 2011-12 season and was a key part of the team's performance as one of the ACHA's best by season's end, including three goals in a pair of PSU wins over eventual national champion Northeastern. Desorcie then became the Nittany Lions' third-leading point producer of the inaugural NCAA season, while also holding her own defensively with a -6 rating despite being assigned the toughest possible matchups more often than not. 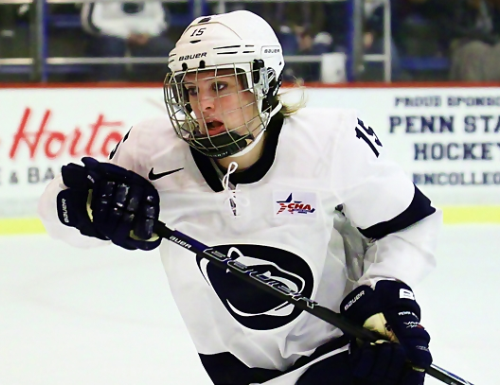