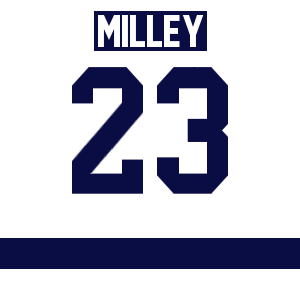 Jonathan Milley is a compelling blend of size and skill who, thanks to injury, was limited to nine games in 2012-13. Still, in those nine games, he showed plenty - enough to consider his successful return to potentially be one of the team's more significant "additions" for the coming season. He scored four times, including in Penn State's first NCAA win against AIC on October 13, 2012, as well as in both ends of a road sweep of Army and Sacred Heart two weeks later. His third-period goal against Holy Cross on December 7, 2012 followed two assists in the game and gave the Nittany Lions a 4-2 lead. In short, it probably isn't a coincidence that PSU's record was 5-2-0 before Milley's injuries began to hit, and 8-12-0 against NCAA competition after he started to miss time. Prior to heading south from Quebec, Milley played for Pembroke in the CCHL and helped the Lumber Kings to the 2011 RBC Cup (Canada's Junior A national championship) by, among other things, scoring both goals in the title game. 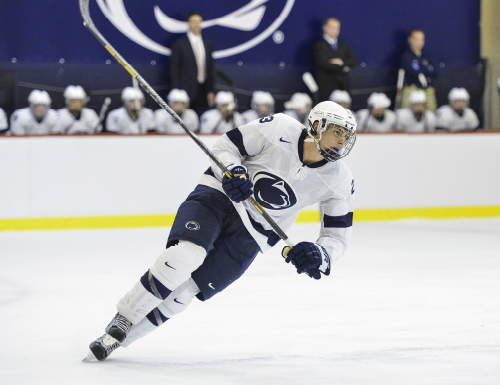