Because I'm still holding out hope of an eventual tour invite, I'm playing nice and not breaking into the site. Still, the progress on the exterior over the last couple months is eye-popping enough to hold me over for now. I actually took a significantly smaller number of photos than usual, just because so little is left to the imagination these days.

As always, click to enlarge (hey, the one time I don't mention it...).

The main entrance area is one of the only significant portions of the exterior not yet enclosed: 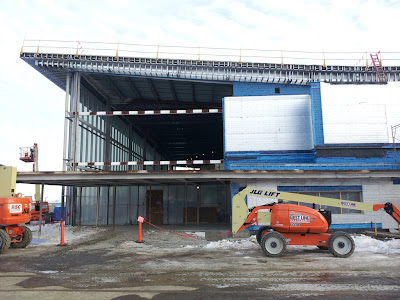 Here are a couple looks at the side nearest Curtin Road: 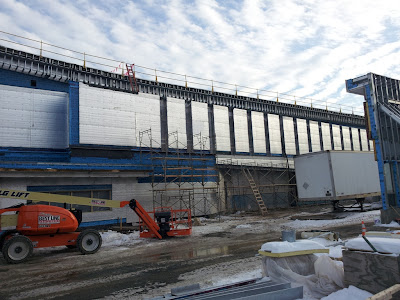 The architecture of the community rink side is more... uhhh... utilitarian: 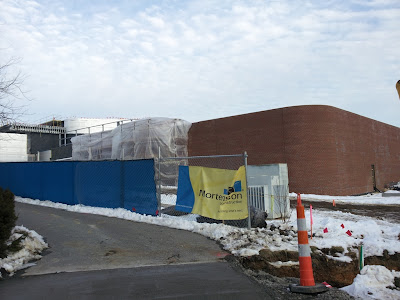 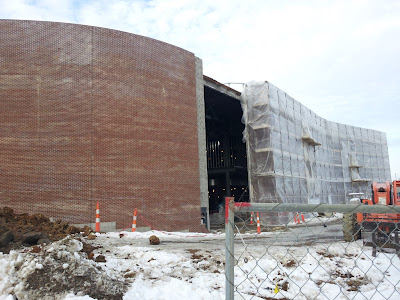 Circling back to the more attractive front side, on University Drive: 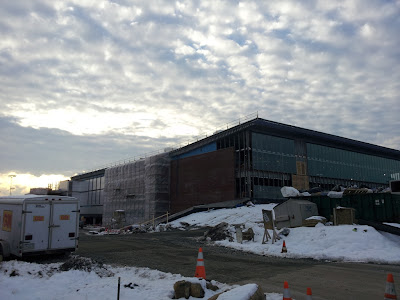 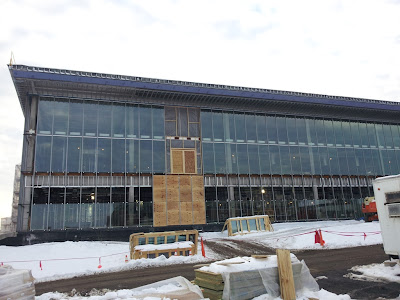 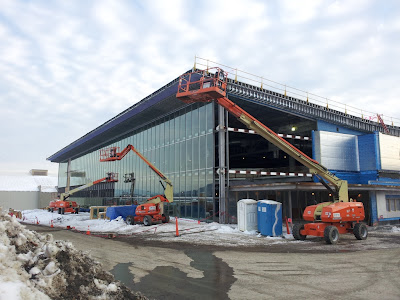